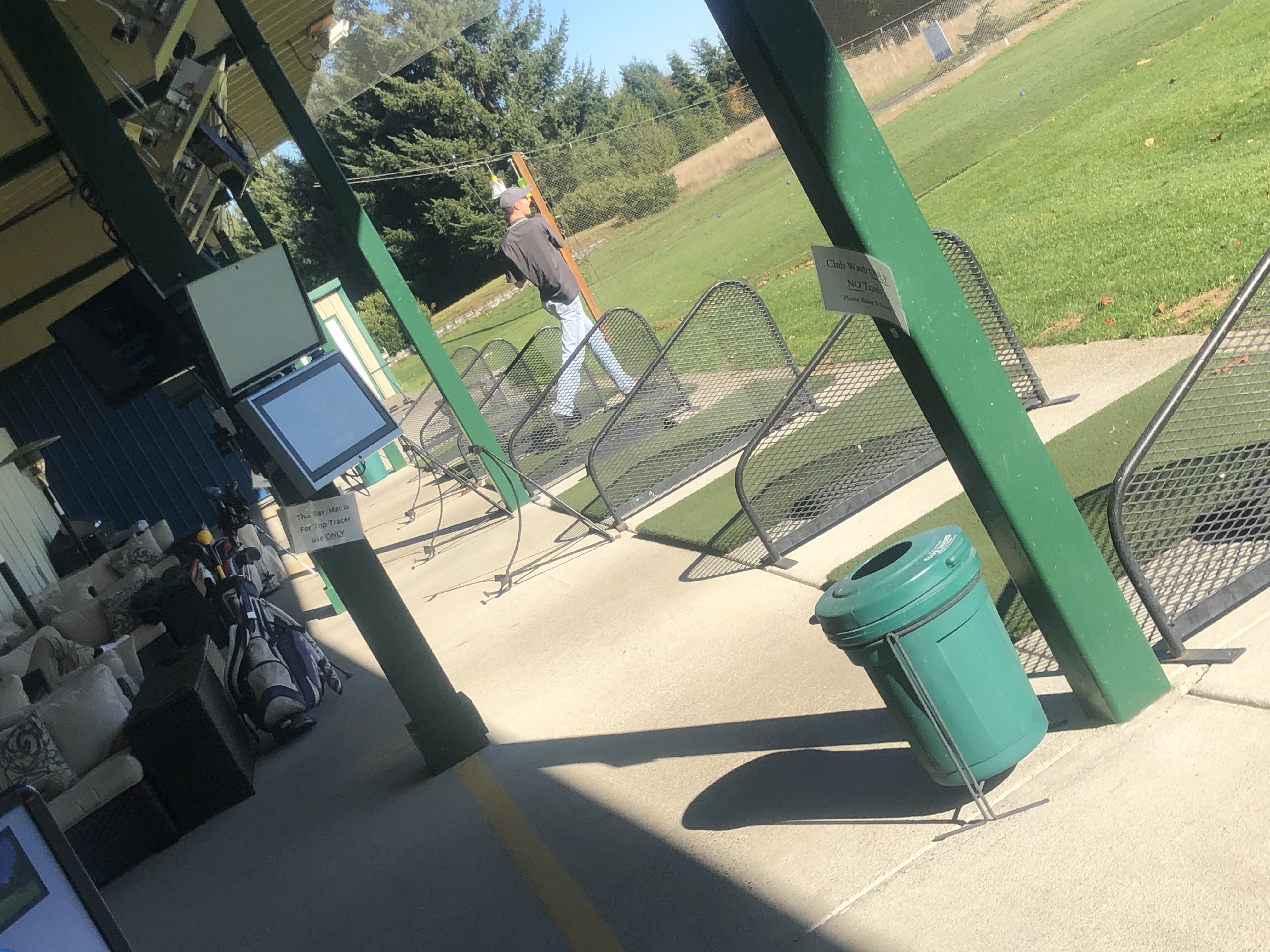 Tumwater’s Airport Golf & Batting Center is a local business that has undergone quite a few changes recently. Tumwater businessman, and the Center’s new owner, Jeff Olive is proving that change is a good thing.

Airport Golf & Batting Center is one of a kind: it is the only business in Thurston County to accommodate golf, baseball and softball players alike. But the Center is unique in more than just its services.

To begin with, Jeff, who has been a part of the Center since 1999, is someone that has seen a lot of change in his own lifetime—not just in his time with the Center. Jeff grew up in Ashford, Washington, lived in Tacoma, spent his teenage years in Yelm, moved to Las Vegas to pursue a job opportunity and returned to Washington to find himself in Tumwater. He grew up an athlete, playing nearly every sport there is at some point in his life. Jeff always knew he wanted to achieve great things and he had the desire to help people and be a leader. After a stint in Las Vegas as a police officer, he returned to school to study business and psychology. After Jeff earned his degree, he decided to focus on psychology, so he began counseling juveniles for the state and eventually was a mental health therapist at Western State Hospital.

It was after a life-threatening accident that Jeff decided to completely change career paths. After a six-year struggle to recuperate, Jeff returned to find that the Airport Golf & Batting Center itself needed recuperation. The owner at the time didn’t have the same desire as Jeff did to restore the place to its fullest potential, so Jeff offered to purchase the business. The offer was accepted, and Jeff got to work. Changing the neglected Center proved to be a hard battle, but Jeff was ready for the fight. After all, he fought for his life, and won—he knew he could fight for this dream and prove its worth.

“I have a whole new vision for this place. It was not put together. There was nothing here,” Jeff said. “It was dark, so I knew I could add some light to it.”

The place was rundown, he said. Everything needed changing, from the inside out. There were 55-gallon, spray-painted drums being used as yardage signs in the driving range. The netting lining the range was falling. Mats and balls were used beyond acceptable standards. The pro shop was badly lit with a poor merchandise quality and selection. The entrance was enough to make visitors question the Center.

“The parking lot was scary to come in to, the shop was even scarier and then as you walked out to the golf course and the driving range, it was terrifying,” Jeff admitted.

So, to eliminate all fears, Jeff redid the yardage signs, sewed the nets back up, bought new balls and mats for the driving range, landscaped the front entrance and had the greens punched to restore the grass on the course.

Being an avid sports fan, Jeff decided to brighten up the pro shop with his huge selection of authentic, signed sports memorabilia—everything from baseballs and jerseys to posters and equipment. He wanted to share his treasures with his customers and friends.

Jeff’s next biggest hurdle is repairing the course itself to make everything from the tees to the greens in top condition.

“Now I’m working on getting the golf course looking as good. We’re finding the sprinkler heads out there and getting water on the course, which lacked over the last couple of years,” he said. “We’re getting the greens back.”

Jeff has been playing golf since 1988. He fell in love with it and loves being around the sport.

As far as Jeff is concerned, he never really left the psychology field.

“I’m in the sports business, yet I help people in their mental state by just talking to them and letting them know that I’m here for them if they ever need anything outside of golf and outside of what I have in this shop,” he said. “I would go above and beyond.”

Above all else, the biggest change Jeff is working toward is changing the way business is done at his Center.

“People and businesses have lost sight of the way businesses should be ran,” Jeff said.

Jeff lives by the Golden Rule, a practice that many businesses nowadays have shied away from: treating others as you would want to be treated.

“It’s all about the people. It’s about making them feel good about where they’re at and making an atmosphere that is enjoyable, that is with the times and that has everything they need to get the job done,” he said. “The product is good and the service is even better. That’s what they deserve. We aren’t built on the money; we’re built on the people. That’s what we are, that’s all we have, so I want to bring that back. That’s the way I’m going to do it.”

Jeff said his number one goal is to have his customers feel welcome in his shop. He said he is truly thankful for them, and he doesn’t want them forgetting that. He wants the Center to not only be a place for people to play nine holes, practice their drives and putts and bat in the cages—he wants it to be a place where people can come to just hang out and be around good company. The Center’s transformation is a win-win situation for everyone.

“It’s kind of like gardening, it’s therapeutic because you can see the start, the middle and the end,” Jeff said of the Center’s change. “Getting to see everyone smile and enjoy it keeps me going. That’s the water on the seed.”

The Center takes great pride in its work and that work stretches far beyond their establishment. Giving back to the community is important to Jeff. He is on the board for Tumwater’s Chamber of Commerce. The Center currently sponsors YMCA youth programs and the “Students of the Month” at four local Boys & Girls Clubs. The Center also offers a discount on all of its services to members of the military.

“Thurston County is the greatest county there is. I’ve lived in many counties and different states, and this is my home. To be involved and be somebody that can help the community grow, along with the county, that’s huge. I just want to be involved as much as I can in the community,” Jeff said.

The Airport Golf & Batting Center features a 9-hole Executive Course, with practice greens and a heated, covered driving range.  They have covered batting cages with pitching speeds up to 60 miles per hour. The pro shop sells many top of the line brand name golf equipment and clothing, such as Nike, Ping, Callaway and Wilson. They offer many different golf leagues as well as golf lessons for players of any skill level. The Center offers many services at excellent prices, so it’s a great getaway spot for people of all ages to enjoy!

“Make sure you enjoy every moment, because it goes so fast that if you’re not enjoying yourself, then you’re in the wrong place,” Jeff said. “When people are here, I want to make sure they enjoy this time.”

Stop by the Center to play golf, hit baseballs or hang out with Jeff and the rest of the Center’s fun staff! Visit their website for specials, events and other details.

The 'Cheers' of Golf...where everybody knows your name!